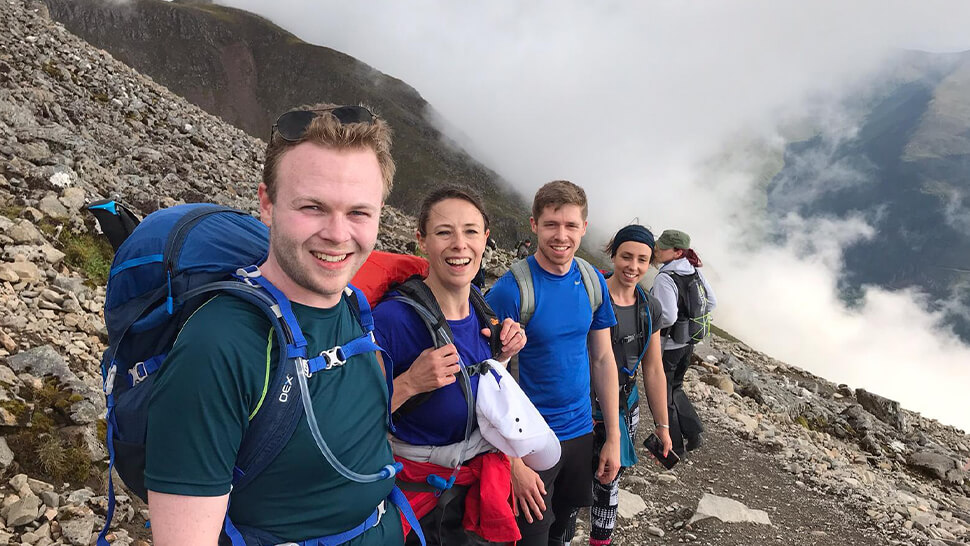 Scaling the heights, 11 lawyers from Harrison Clark Rickerbys took on the Three Peaks challenge at the weekend, and raised nearly £8,000 which will go to Three Counties charities.

The team, who set out last Friday night to drive up to Scotland to tackle Ben Nevis first, then moved on to Scafell Pike and Snowden – two managed to scale all three peaks in 24 hours, and the others finished within 28 hours, but all raised far more than their original targets.

Charlotte Thornton-Smith, head of the firm’s Worcester office, who led the team, said: “Our legs are still sore, but we did it! What a great weekend, despite challenging weather – there was such teamwork, determination and good spirits. Final donations are still coming in but we raised a fantastic amount, which is the most important aspect of the challenge.”

We’re really grateful for your donation – it makes a real difference to people’s lives.